Pre-orders for Forgotten In Space box set have started 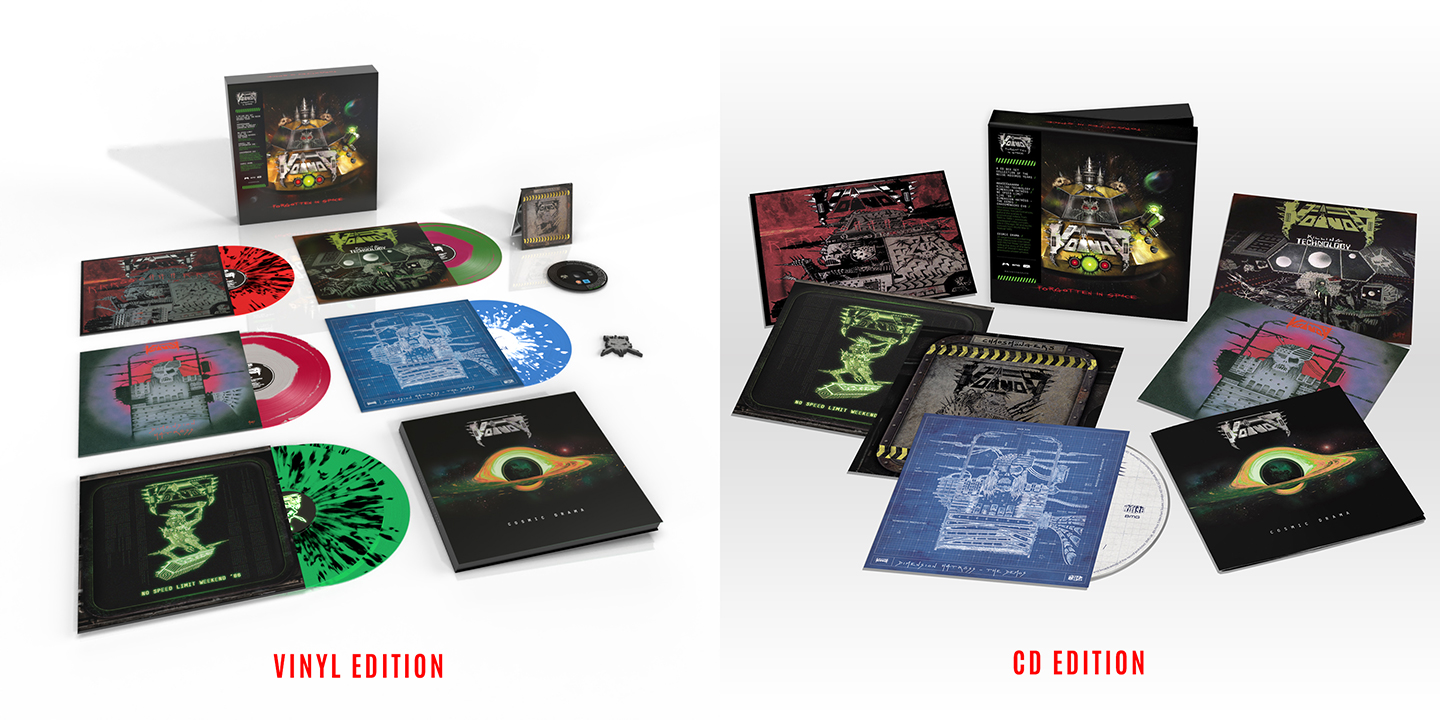 It’s been an exhilarating 40-year ride for Voivod, the Jonquière, Quebec quartet that has, over the years, defied the odds, faced tragedy head on and also seen the band rise above many of the contemporaries to a point where the band’s intricate progressively fuelled heavy metal sound also brings with it honours and awards. The 2018 Voivod album, ‘The Wake’, won the band a Juno Award for Heavy Metal Album of The Year, while the previous year Away had picked up the Visionary Award at that year’s Progressive Music Awards in London.

The music contained in this set proves that Voivod were very much pioneers of the sound, as their own music became more refined and experimental. You can hear the development of the band’s sound over the three albums contained here (Rrröööaarrr, Killing Technology & Dimension Hatröss). In the five year span from 1984’s ‘War And Pain’ debut to 1989’s ‘Nothingface’, Voivod forged a defiant progressive metal sound  that they would expand upon with later albums and ensure that they are one of the most exhilarating metal bands in existence today. ‘Forgotten In Space’ is a deluxe celebration of Voivod’s, Noise Records discography and is the definitive collection of their recorded work plus rare and previously unreleased material.

Chaosmongers - DVD (Containing a mini documentary plus a previously unseen concert from 1987 and an audio recording of the legendary WWIII show from 1985.)

12” x 12”, 40 page book of photography, and brand new interviews with founding member Michel ‘Away’ Langevin. Contains a vast array of previously unseen photos from the era

Chaosmongers - DVD (Containing a mini documentary plus a previously unseen concert from 1987 and an audio recording of the legendary WWIII show from 1985.)