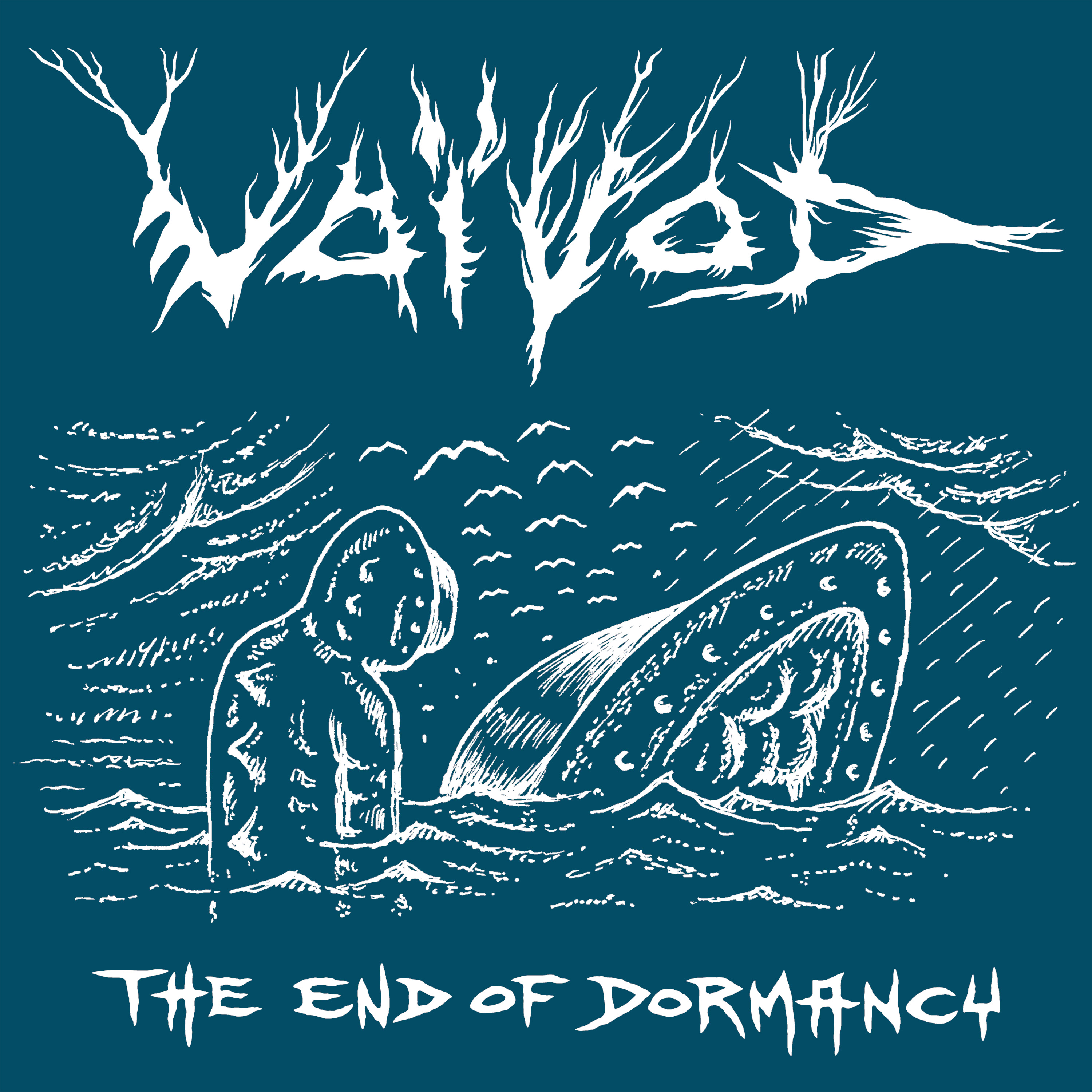 Canadian progressive sci-fi metal innovators VOIVOD reawaken and return with a 3-track 12” Vinyl and Digital EP entitled “The End Of Dormancy”, to be released on July 10th, 2020 worldwide via Century Media Records.

The EP is centered around a special “Metal Section” version of the title track “The End Of Dormancy” (Off VOIVOD’s latest album “The Wake”) with added trumpets, saxophone and trombones. The complementary tracks on this release are exclusive live versions of “The End Of Dormancy (Metal Section)” and the group’s classic “The Unknown Knows” recorded at Montreal Jazz Fest 2019.

A remarkable video-clip for “The End Of Dormancy (Metal Section)”, directed by Syl Disjonk (who previously created the clip “Kluskap O' Kom” for VOIVOD) and produced by Igor Simonnet, is now available here: https://youtu.be/iv321MReYW4

VOIVOD’s guitarist Daniel “Chewy” Mongrain checked in with the following comment about “The End Of Dormancy” and its special “Metal/Brass Section” version:

“I initially wrote the opening riff of the song on tour, outside, behind a club in Germany on a sunny day and recorded right away. It had that Quartal Harmony over a pedal point that to me evoke soundtracks of classic roman movies when you hear the brass (Lituus, Cornu and other instruments). It has a military and solemn vibe to it. When In 2019 we had the honor to be invited to play the Montreal International Jazz Festival, we all thought we could do something special in the context. I had the Idea to do a brass arrangement and add in an extra open improvised Sax Solo section which doesn't exist in the studio version.

I started to write and was able to finish the arrangement in time for the rehearsal but it was sooo much work that I could only do one song. We hired top players of the Montreal scene, they were very excited to be part of it. It’s not every day that a brass section plays with a metal band so it was as exciting for them as it was for us! We had one rehearsal and it worked perfectly! Then we played the show and the crowd went totally nuts!!! You can hear it on the live version: It was a great moment for everyone and we had a real blast! The live version is also on the EP, but will not be on the upcoming live album “Lost Machine”, since that was recorded during a different show...

When the video idea of that song came up, I thought, we could record the brass over the studio version and make the video version unique, and share this version with the rest of the world, giving something special to the fans and immortalize the brass arrangement at the same time. So, I just cut out the improvised section that was in the live arrangement and we could time a studio session with all the same guys.

Francis Perron (RadicArt Studio), who recorded and mixed “The Wake”, brought his gear and recorded it, then remixed the song. It was an amazing experience, a great challenge for me to write each parts and conduct it. I don’t do that often, so it was a lot of work and I’m very happy with the result, it adds that extra empire, military, roman paddle boat war feel like in the old Ben Hur movie, with the acceleration of the music and intense and stressful emotions that fits the song lyrics perfectly. I’m so proud and happy to play in VOIVOD, as we can try this kind of madness projects and everybody in the band gets excited and motivated to do new things. It’s so fulfilling. I hope this feeling transpires into the music and that the signal gets to the receiver’s frequency!”


VOIVOD vocalist Denis “Snake” Belanger acts as screenwriter for the video clip and checked in adding the following:

“I must say that we had some hesitations regarding the timing of release for this very special video clip. The shoot took place in November 2019 and the scenario is pure science-fiction, but we were concerned the imagery might be insensitive in these pandemic times. In the end, we decided to proceed as planned. Speaking of sci-fi, the documentary called “The Creeping Garden” had a big influence on me and was a great source of inspirations for the concept. A must watch. The slime moulds are amazing creatures and will use ingeniosity to survive. And so are humans...we'll get through this!”

VOIVOD’s “The End Of Dormancy” EP comes with artwork (To be seen above!) by VOIVOD drummer Michel “Away” Langevin and is available on 180g. 12” vinyl in the following highly collectible and limited editions:

And here is the exact track-listing for the EP:

VOIVOD – “The End Of Dormancy” EP:

The EP can be pre-ordered as of today here: https://voivodband.lnk.to/TheEndOfDormancy-EP

VOIVOD’s 14th and much praised latest studio album “The Wake”, which was recorded and mixed by Francis Perron at RadicArt Recording Studio, won the Juno Award for “Metal/Hard Music Album Of The Year” in Canada and entered the charts upon release in 2018 as follows: Germany: # 26, Switzerland: # 51, Belgium (Wallonia): # 94, USA Current: # 97, USA New Artist: # 8, USA Overall: # 148.

Check out the following previous singles and videos off “The Wake”:

“The Wake“ can still be ordered in various editions here: https://VOIVODBand.lnk.to/TheWake