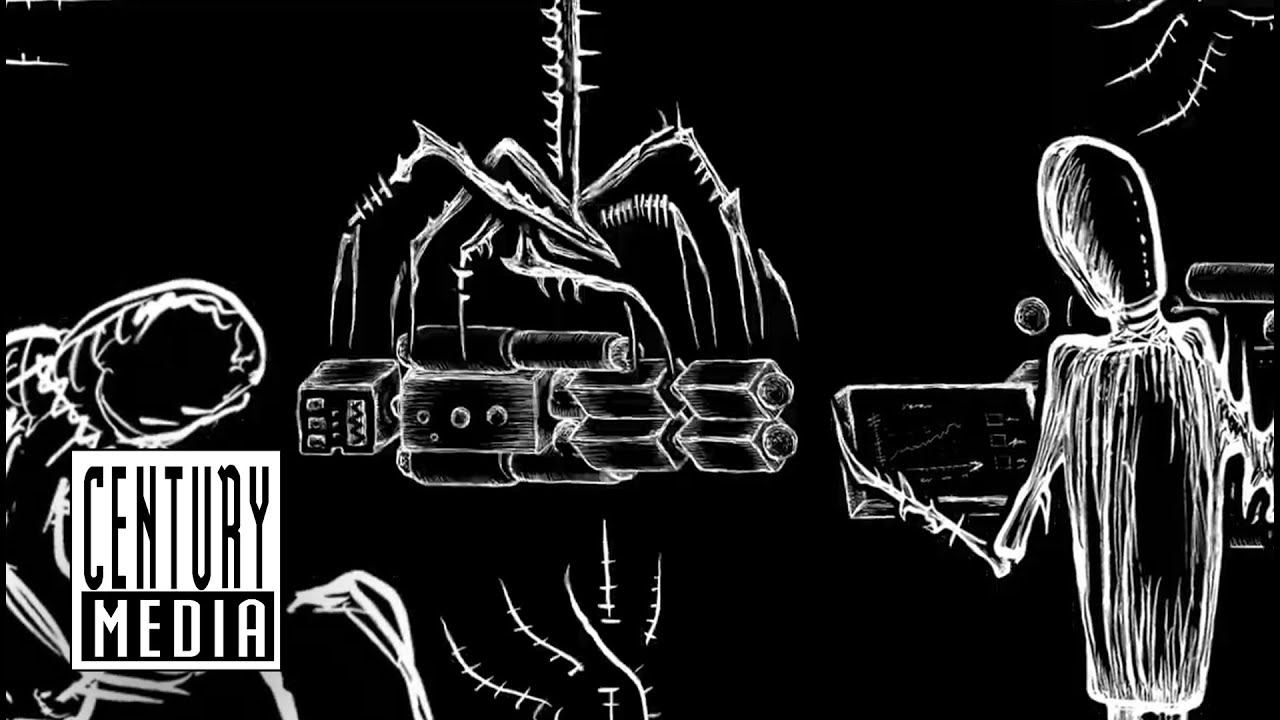 A first single off “Synchro Anarchy” is being launched today with the track “Planet Eaters”. Check it out in a video clip directed by Pierre Menetrier here: https://youtu.be/lvHjNcjMqvU

VOIVOD drummer Michel “Away” Langevin commented about the track and the video as follows: “On April 21st, 2021 an animated video for the song “Nothingface” popped up online (https://www.youtube.com/watch?v=_uqv9G24YzI). The video was done by Pierre Menetrier on an Amiga computer in 1991, which I thought was beyond cool. The spectacular imagery and visual effects were just perfect for a Voïvod song. After wrapping up the recording and mixing of the “Synchro Anarchy” album, we all agreed on “Planet Eaters” as the first single/video. We thought the song had a vintage “Nothingface”/”Hatröss” vibe, so I immediately contacted Pierre and asked him if he could make a video for the song. Once again, the result is just mind-blowing. You just can’t get more Voïvodian than that!”

“Synchro Anarchy” was recorded and mixed by Francis Perron at RadicArt Studio (https://radicart.net) in Québec, Canada and mastered by Maor Appelbaum at Maor Appelbaum Mastering (http://www.maorappelbaum.com) in California, U.S.A and produced by VOIVOD. The album features cover artwork by VOIVOD’s Michel “Away” Langevin and includes the following track-listing:

Next to the Jewelcase CD, LP and Digital Album formats, “Synchro Anarchy” will also be available in a Deluxe edition as Ltd. 2CD Mediabook and as Digital Album (2CD), containing the special “Return To Morgöth - Live 2018” bonus disc, which features a full live-show recording of VOIVOD’s 35th Anniversary hometown appearance at the Festival Jonquière En Musique from June 29th, 2018. The show was recorded and mixed by Francis Perron, mastered by Yannick St-Amand and features the following track-listing:

The LP format of “Synchro Anarchy” will come on 180g vinyl with an A2 poster and will be available in the following variants/limitations:

Closing in on 40 eventful years of existence, VOIVOD now return with their 15th (!) studio album, reaffirming to be one of the most fervently creative bands in the Universe. “Synchro Anarchy” follows 2018's highly praised and Juno Award winning “The Wake” album as well as 2020’s stellar “Lost Machine - Live” release.

Michel “Away” Langevin added: “We are eager to present our latest work, a real collaborative effort. The new album represents countless hours of writing, demoing, recording, mixing and so on. The band and Francis Perron at RadicArt Studio gave their very best to make it happen under unusual circumstances, which led us to call it “Synchro Anarchy”. We feel that the sound and music are 100% Voïvod, and we hope everyone will enjoy it as much as we had fun making it. We certainly can’t wait to play it live!”